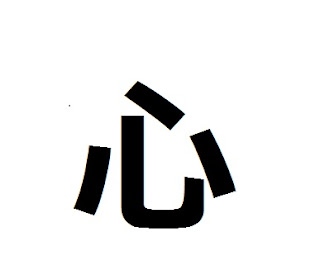 People were writing about budo for a couple thousand years before anyone started calling it “budo.”  Some great ideas from powerful thinkers and writers have paved the path we call budo, and it’s more than worth the time to read some of what I would call the foundational texts, and what people are thinking and talking about now.

One of my favorites is also among the shortest. The Tao Te Ching. Said to have been written by a legendary record-keeper of the Zhou Dynasty in China in the 6th century BC, it is the foundational text for Taoist thought. Why is this important? Even though it only runs to about 2,500 Chinese characters (it’s shorter than most of my blog posts!), it carries the essential ideas about strategy, power, value, ethics, responsibility and leadership. The idea of the Way heavily influence Confucian and Buddhist thought in China, both as something worth considering and as something to reject. It has been translated more than any book except the Christian Bible. There is no definitive translation because the nature of the work allows for many subtle interpretations, none of which are wrong.  My current favorite English translation is Gai-Fu Feng’s. Unfortunately, it seems to be out of print again.  A fabulous introduction in manga form that is fun to read and manages to explain some of the ancient culture that goes into it without being boring is “The Tao Speaks”. It’s out of print, but used copies can be found around the internet. Free translations of it abound on the internet.

A hundred years or so after the Tao Te Ching was put together, Sun Tsu wrote his guide to warfare, strategy and tactics.  Known at “The Art Of War”, it has influenced military thought for 2500 years.  Compact, with only 13 brief chapters, even when many commentaries are included, as in the Griffith translation, it is not long. The Art Of War should be considered the fundamental text on warfare and combat. The discussions of strategy and tactics inform everything from the relatively uncomplicated scenarios of one-on-one classical budo training all the way to modern warfare combining infantry, tanks, artillery and airpower. A lot less has been said with a lot more words many times (yes, I’m guilty as charged).

Donn Draeger was an incredible pioneer for non-Japanese entering into the world of Japanese budo. His 3 volume set “Classical Bujutsu” “Classical Budo” and “Modern Bujutsu and Budo” have been gateways into Japanese budo for people since their publication in the 1970s.  He makes mistakes, and some of his theories are wrong (I have argued against the artificial division of budo and bujutsu in other places), but he was the first! He was trying to figure out this budo stuff and go where no non-Japanese had gone.  Of course he made mistakes! Explorers go out and track down blind dead ends and get lost and found and lost again any number of times. The incredible thing is not the mistakes he made, but how much he was able to figure out and decipher so those of us who came after don’t have to work at those pieces of the puzzle.

Ellis Amdur has written two books that I consider essential reading for anyone who wants to understand where this budo stuff is coming from and where it it sits in the modern world. The first, Old School sets the stage for budo practice in the 21st century. Amdur writes with authority on  the history and culture that produced the budo we practice today, particularly the koryu or “old school” styles the predate modern Japan.  Through detailed essays about particular ryuha, Amdur illuminates much of the common culture and history in which all koryu were born and developed. The chapter about Katori Shinto Ryu alone is worth the price of admission, and the other chapters are all nearly as good.

His other book “Dueling With O-sensei” I consider essential reading for anyone who wants to get a better understanding of the ethics and reality of the martial arts they are practicing. There are lots of noble words about katsujinken and arts of peace, about self-development and enlightenment through the martial arts. After 13 years of training in Japan, and decades dealing with conflict, violence and de-escalation professionally have given him a perspective into the true ethics of martial arts and a practical understanding of their genuine limits that few possess.  This is something everyone who thinks about budo should read. Sadly, it’s out of print now.  A revised second edition is due out later this year though. I’m looking forward to reading it.

Karl Friday is unique among the people writing about budo today. He is both a classically trained martial artist with a menkyo in the art of Kashima Shinryu, one of the oldest budo traditions in Japan, and a Ph.D. in Japanese military history. With an insider’s access as a senior member of Kashima Shinryu, and the critical eye of a trained historian, Dr. Friday brings a unique perspective to the hunt for understanding the history and traditions of budo.  His book “Legacies Of The Sword” written with Seki Humitake, the current shihanke of Kashima Shinryu, is an amazing resource digging into the history and development of Kashima Shinryu from its founding to the present day.  This is a wonderful counter to all the folks who think Zen Buddhism is the essence of budo. What about all the wonderful esoteric traditions of Japan? Read this and discover some.  His other books on Japanese military history are wonderful as well, and all are antidotes to the popular myths about the samurai and Japanese history.

But what about budo in the present? These are living traditions after all. What is there about budo, martial arts, combat and violence in the 21st century? One of my favorite writers on budo and martial arts in the modern world is Rory Miller. With a background that includes classical jujutsu, Kodokan Judo, and a career as a corrections officer, he brings a fascinating and practical perspective to questions about budo, conflict and violence. His Meditations On Violence is one of the most thought provoking books I’ve read in a long time. Miller’s years spent living and dealing with violence on a near daily basis means he brings a clear eye to many of the myths and legends that have grown up around budo over the centuries. In addition his depth of experience gives him insight into the depths of seemingly esoteric budo teachings.
These are just some of the budo writers and thinkers that get my mind going. Budo has been developing for centuries, which makes putting my place along the path in perspective challenging. The more I understand of the history and development of the ideas and ideals, the better I can understand how they relate to me. Reading the experiences and thoughts of writers who have more practical experience than I would ever want to accumulate helps me to understand the limits of some ideas, and avoid the pitfall of romanticizing what I practice. I am amazed every time I pick up the Tao Te Ching or the Art Of War that books written 2,500 years ago can have so much relevance to the present. Many of the questions and principles Lao Tzu and Sun Tzu  were grappling with are the same ones writers in medieval Japan and modern America continue to contemplate and wrestle with.

This is in no way meant to be anything like a definitive list.  These are just some of the books and writers that I find important and engaging.  I’m sure I’ll talk about some of the many others that I think are important in another blog one of these days.  What works or thinkers do you find engaging and challenging? They don’t have to be books. Intriguing ideas can come from movies, TV, great discussions, and sometimes from the least expected corners.  How do you feed your budo mind?
Posted by The Budo Bum at 2:01 AM

I would most definitely add The Life-Giving Sword translated by Wilson. Totally worth it, even if you don't understand it at first. Things will pop out at you along the way.
Wilson's translation of Hagakure is very good too; A Demon's Sermon on the Martial Arts is a great deal of fun as well.

Mind over Muscle by Jigoro Kano has a lot of interesting topics. The books by Ellis I also really like.

Thank you for writing this post, great start for someone who is not aware of these works yet.

Peter I train at windsong in OKC, love your blog could please recommend some judo books

Unknown,
I agree with you about the Life Giving Sword. Yagyu Munenori's writings are a great resource. It can be found in other translations under the Japanese title "Heiho Kadensho."

I'm not a fan of the Hagakure. It's mostly a book of etiquette, and Yamamoto had little idea what he was talking about, living 100 years after the end of warfare and the beginning of the Pax Tokugawa. He was basically unheard of until the 20th century, but even if had been known during the Tokugawa era, the vast majority of thinkers and samurai would have had issues with his ideas.

Sebastian,
Thanks for mentioning "Mind Over Muscle." It almost made the list. It's a great book with a lot of insight for judoka and others.

Anonymous,
The best books for judo thought are mostly in Japanese yet. For all that Kano Shihan wrote volumes of essays in Japanese, most have never been translated. I'm working on one right now that is about Kano's desire to establish a weapons section in the Kodokan. The best in English is undoubtedly "Mind Over Muscle."

I've heard that Kano wrote a lot of his secret teachings in English and they are at the Kodokan library. I've never verified it, but that is what I have been told. I am skeptical as source was a Blarney Stone kisser, so I take it with a grain of salt.

"Mind Over Muscle", i will check it out