Budo Is An Anachronism In The 21st Century


Budo in the 21st century is an anachronism. Whether we are talking about koryu budo from the before 1868, or the gendai budo, the modern arts founded since the end of the Tokugawa Shogunate, budo doesn’t have much to do with the worlds most of us live in. Sword, naginata, bo; these don’t have a place in the world we live in.


The samurai who created the koryu budo were professional soldiers and police. The tools of the modern soldier and police long ago surpassed the tools of budo. Even the modern arts of judo, kendo, and aikido don’t really relate to the world around them. They are amusing sports and hobbies, but they do really offer anything beyond other sports and hobbies? What can they offer to the average practitioner, much less to professional combatants like soldiers and police that can’t be found anywhere else?


The weapons may be archaic, but the fundamental skills taught by gendai and koryu budo are as valuable now as they were 400 years ago. People see the particular techniques of a ryuha and make the mistake of thinking they are seeing the fundamental teachings of the ryuha. Just as in Chuang Tzu’s parable, they are mistaking the finger pointing towards the moon for the moon itself. The martial practice has always been somewhat separated from the real conditions of combat. This is an inescapable fact. Training conditions that too closely resemble real combat will result in the same sort of injuries and death as real combat. Training has to prepare students for combat without crippling or killing them in the process.

This means that kenjutsu kata are practiced using wooden swords. Sojutsu (spear) kata are practiced with padded tipped weapons. Jujutsu throws are done without the final turn that would break uke’s neck. For all this, warriors and soldiers recognized the value of this training 400 and 500 years ago. Wooden swords are very different from steel: different weight, different balance, different grip. For all those differences, the things learned from training with them were still valuable in the age when people still fought regularly with steel.

As Ellis Amdur points out in his excellent book about koryu budo, OLD SCHOOL, people in Japan in those ages grew up doing lots of sumo. From the rise of the Ashikaga Shogunate in 1336 onward, Japan was rife with conflicts and wars. These culminated in the Sengoku Era starting in the 1467 and running until Tokugawa Ieyasu won the Battle Of Sekigahara and unified brought the whole nation under his rule by force in 1604. People were less interested in sparring than in practice for realities they knew too well.


People sought out teachers who would train them with wooden weapons instead of steel, and whose jujutsu training didn’t include any free sparring. That training was valuable enough to seek out in the Sengoku Era, and in the decades after the Tokugawa’s came to power before everyone became complacent with the realization that peace and not war was the new status quo. What of value could be learned from all this mere training without sparring? As it turns out, quite a lot. It’s still valuable. Humans haven’t changed noticeably since long before we learned how to write down our adventures, and not at all in the last 500 years.

Those classical methods for teaching students the big, obvious things like a solid physical structure, how to read spacing and a good understanding of the timing involved in using various weapons are still effective. Whether we call them kata or forms or training drills, they still work.  No one can train for every possible eventuality, that’s why “what if” games are so pointless.


Instead, the good systems focus on teaching the principles of movement and encounter, of understanding effective spacing versus spacing where you can’t do anything, good timing and the consequences of bad timing. These are the fundamentals of budo. They aren’t the only things that have remained relevant from the 16th century to the 21st.


Many koryu budo train with weapons of varying lengths, weight and make-up. Schools like Takenouchi ryu include everything from unarmed to tanto to tachi to naginata and bo. That covers the reaches and ranges for most handheld weapons in any time.  Even in the age when Takenouchi Ryu was founded, they didn’t teach every possible weapon. There wasn’t time to learn every weapon.  However there was time to learn the principles of spacing and timing at all the various ranges you could encounter weapons.


Hmm. Sticks, knives, swords and chains. That covers most of the range of possible handheld weapons even in the 21st century with the exception of firearms.

I’ve been surprised at some of the other lessons found in various koryu that are appreciated even now. Muso Jikiden Eishin Ryu contains kata about performing surprise attacks. These are lessons not just about how to make a surprise attack. They are also lessons about when and where we are vulnerable. If we can do something to someone, they can do it to us.


500 years of technological progress haven’t made a dent in that truth.


There are lots of little lessons in budo that get overlooked while we focus on the big combat techniques. These little details that seem like decorations on the combative techniques are often the bits that I can apply in the parts of my life where I’m not actively engaged in a fight. Someone recently pointed out a whole list of lessons that are embedded within the kata of various koryu. 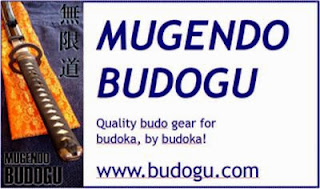 There are lessons about taking advantage of lighting or position for an ambush that also teach what conditions are dangerous for us, and what we should be aware of. At night if someone can draw our attention to lighted space, it’s easy for them to attack from a shadow we’ve ignored. Lessons about securing clothing and equipment are as applicable today as they were in the Sengoku era.  Learning to be aware of our surroundings is always a good lesson.


Koryu budo in particular are not just collections of discrete fighting techniques. They are whole schools of thought and behaviour. They teach how to handle and care for tools and weapons. There are lessons about places and situations to beware of. It’s surprising how much the lessons of good budo are simple, solid, good sense.


Which makes me wonder, are koryu budo anachronisms after all? Their lessons about structure and posture and spacing and timing are just as relevant to in the 21st century as they were 500 years ago. The length and variety of weapons available hasn’t diminished any in the last 500 years.  The principles governing how those weapons can be used and what sort of spacing and timing is important are still the same. The places situations we have to beware of haven’t really changed either. It seems I was wrong. Koryu budo aren’t anachronisms.
Posted by The Budo Bum at 10:41 PM

Another solid, thoughtful, and thought-provoking post. Thank you for sharing it!

Interesting read. What makes you believe that any of the koryu prior to even WW II lacked a sparring element. Having gone from MJER Iai, to Katori Shinto Ryu and now into HEMA, I can honestly say that kata and technique alone are not enough of the fundamental "pie" on the path to a well rounded swords person.

All rights reserved. The Budo Bum is Copyright 2009-2021 Peter Boylan