I saw another list of budo virtues today. These lists always include things like strength, loyalty, righteousness, knowledge, honesty, and such.  In truth, these lists always seem to be little more than another version of the Boy Scout Law: A Scout is trustworthy, loyal, helpful, friendly, courteous, kind, obedient, cheerful, thrifty, brave, clean, and reverent. We can do better than just repeat some simple platitudes that everyone already agrees on and no one will argue with.

The five virtues that consistently show up on every list of samurai virtue are jin 仁 benevolence, gi 義 righteousness, chi 智 wisdom, shin 信 honesty, and rei 礼 etiquette.  Another that often makes the list is chu 忠 loyalty.  These are fine virtues, and certainly anyone who masters and exemplifies them will be an exceptionally fine person. The only problem with calling them budo virtues or samurai virtues or bushido virtues is that they aren’t. These virtues aren’t even really Japanese.

They are Chinese, and they were laid out in 6th and 5th centuries B.C.E., about 1900 years before the samurai class came into being. The person responsible for framing these particular virtues was Confucius. Confucius was a brilliant teacher and thinker, and even after 2600 years, it is difficult to find fault with the virtues he emphasized. So please, give poor Confucius the credit he deserves for these virtues. After all, he’s had to suffer from centuries of truly horrible jokes by Westerners. At least give him the credit and respect he deserves.

Japan was heavily influenced by Chinese art, religion, culture, and philosophy. Everyone recognizes that Japan adopted writing from China, and imported Buddhism, starting with the 6 sects of Nara (now nearly forgotten), but gaining widespread popularity with the coming of Shingon and Tendai Buddhism in the Heian Era, Pure Land Buddhism early in the Kamakura Era, and Zen entering later in the Kamakura Era.

Confucian teachings entered sometime in the 600s, and proved to be exceptionally influential. During the Tokugawa Period (1600-1868) Neo-Confucianism actually became officially recognized by the Tokugawa government. The primary virtues though have not changed in more than 2600 years. They are jin, gi, rei, chi, and shin.

Known as The Five Constants, after 2600 years of philosophical development, simply boiling them down to benevolence, righteousness, etiquette, wisdom, and trust doesn’t begin to explain the complex philosophical, social and ethical concepts represented by the kanji characters 仁義礼智信. So if they aren’t special for the samurai and budo, and they can represent a lot more than just simple concepts, what are they?

These are values viewed as optimal in making a member of society. Confucius wasn’t interested in just an exemplary individual, but an individual who fulfilled vital roles in every level of society, from the family to the top levels of government. The samurai of Tokugawa Era Japan were looking for the same things. It might be more accurate though to say that Japanese society was looking for these things from the samurai.

The values are not unique to budo or the martial world.  They are great social values.  In fact the only one that strikes me as being particularly useful in combat is 智 chi, or wisdom. Wisdom in a fight is great. On the other hand, and emphasis on things like benevolence, righteousness, honesty and etiquette seem like good ways to get killed in combat.  These aren’t the values a warrior prizes. They are the values society prizes in all good citizens. Think about things that  might make a good warrior. Benevolence, honesty and etiquette probably don’t make the list.

If these aren’t particular warrior values, why try to tie them closely to budo? Perhaps because budo is a way of developing human beings who happen to be warriors, rather than being a way of developing warriors.  If a society wants to develop great human beings, teachings have to focus on things like benevolence, righteousness, wisdom, honesty and appropriate behavior.

There are two values that are often placed above the others.  One is jin. It encompasses not just benevolence, but also the sense of humanity. People who embody jin care about others and act from that spirit.  Thus they are not selfish or hurtful. They don’t act out to display their power or strength. They act to build up others and to make society benevolent and caring. People who display a great deal of jin are the sort of people you want to be around They are  warm, caring, and empathetic.

Oddly enough, the other value that is held high is rei. Americans in particular can’t imagine how etiquette and bowing could possibly be so important. Originally Confucius was talking about particular rituals being performed. By the time the Japanese got hold of his ideas though, rei encompassed etiquette and social norms.People from cultures where formal social behavior and customs are limited have trouble understanding their value.

I wrote about one aspect of rei in my last blog. In this context it’s a much bigger concept than the limited aspect I addressed last time. Etiquette is not just about the formal, easy to write down aspects like who to bow to and how low the bow should be. It’s about all aspects of social encounters and doing what is right and appropriate all the time. We all know people who seem to move through both casual and formal situations without effort, smoothly dealing with each different person so the everyone feels comfortable with them and no one is slighted or insulted. These people are masters of rei.

Jin and rei together make for pretty great person to be around, and these two virtues make each other warmer and more pleasant for everyone. Wisdom without humanity and benevolence is a lobbyist for sale to the highest bidder. Someone who has mastered socializing and handling people but who lacks jin and shin (honesty) is a dangerous manipulator to be avoided. Honesty might be the best policy, but by itself it won’t go very far by itself. Righteousness, right behaviour is great, unless it is unleavened by wisdom and benevolence. Without those it can quickly turn into stiff necked insistence on one way of doing things without consideration for effects.

Together jin, gi, chi, shin, and rei make for a wonderful human being. Look at any warrior, be it soldier, police officer, prison guard or bouncer. They spend a startlingly small amount of time fighting. They live in society. They need these virtues much more each day than they need any of the virtues I’ve seen held up as unique to the warrior. Things like courage, honor, fidelity, discipline, self-reliance. These are great things, but they really focus on just the individual, not the individual in society. 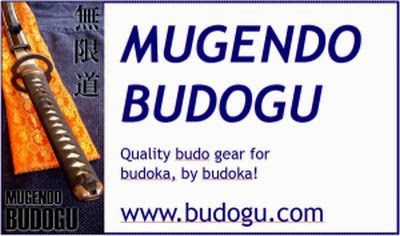 For the longest time I couldn’t see the point or value of the classical virtues. The stuff in modern movies and fiction about warriors and heroes was much more appealing. When I tried living by those modern values though I was a stiff-necked, arrogant, prideful, jerk. Yes, I worked hard and was loyal, but by emphasizing courage above wisdom I became reckless. By focusing on honor over appropriateness I was an ass, by focusing on discipline above humanity I could be cold and brutal, and by insisting on self-reliance I was a fool refusing perfectly good assistance.

Jin and chi teach when fighting is a bad idea, even if seems like it might be important. A little humanity and empathy can go a long way towards understanding why someone behaves in a way that invites a fight. A little wisdom and appropriate manners can de-escalate things before it becomes a fight. Even better, good rei can help you navigate situations so they don’t get heated to begin with. Honesty and righteousness can get you into a fight, but there are fights that need to be fought. With jin and chi you can figure out which fights need to be fought and which ones won’t be fights unless you do something stupid. Rei helps you avoid doing stupid stuff.

The so-called budo values are really great social values for everyone, not just martial artists. Benevolence, kindness and empathy are all things the world could use a lot more of.  A little more empathy and there would be far fewer fights. People who really understand rei behave well but don’t cause offense. Righteousness means behaving in a morally upstanding way rather than being stiff necked and inflexible.  Wisdom, well, I shouldn’t have to explain that one, so I won’t. The value of honesty too should not need elaboration.

Martial artists need these classic virtues even more than those who don’t study budo. Budo skills are form of power, and understanding and embodying these virtues can help us avoid misusing that power.  It’s easy to be a bully if you lack jin. A little rei will go a long way towards teaching us when not to put our skill on display. And wisdom. You can never have too much of that.